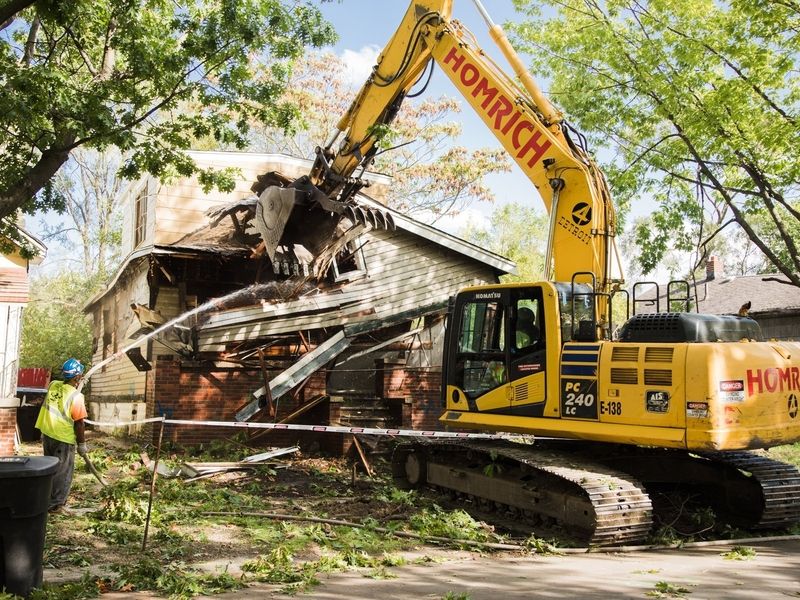 Under Proposal N, the approximately 6,000 homes that won’t be razed — deemed salvageable — will be secured by the city to protect them from falling into demolition-worthy disrepair while they work on finding buyers. That means they’re working against the clock, installing protective coverings over windows, patching some roofs, cleaning out debris and handling some other costs the renovators would otherwise have to tackle themselves.

“Our public discussions proposed a $12,000-$15,000 range on the rehabs, and by November we had more data to support the lower end of the range,” Katherine Hammer, the city’s former chief deputy chief financial officer who is leaving for MIT, said in a statement to Crain’s. “The capital agenda assumes that 6,000 houses will be stabilized through a process of having debris cleared out, windows secure and roof repairs done at an average cost of $12,000 per house to preserve those houses for future sale and private rehab.”

The change in spending is also a function of time, Donnie Johnson, capital improvements manager for the city’s budget department, said when asked about the issue Jan. 21 during a City Planning Commission meeting by commission member Damion Ellis.

Detroit must spend the bond funds within three years under federal law, he said, and securing homes takes a lot longer than demolishing them. So officials weren’t sure they’d be able to expend the $90 million in time.

“So we had to rebalance those numbers,” Johnson said. “But I want to assure you … that does not mean … rehab is not a priority of the program. That is simply a function of timing and when we’re required to meet spending requirements on federal tax law on bonds it is absolutely not a deprioritization of rehab.”

“But at what expense? That’s the question for me,” he said.

Cantrell, who leads the nonprofit that teaches mostly Black and Brown students about real estate development, said he worries that without speedy, effective-as-possible preservation, more homes will fall into the demolition pipeline. He wonders, looking at the full scope of Proposal N, to what extent the city will really be able to secure those thousands of homes.

He questioned the reduction in dollars being spent on average to secure each home.

“Many of us who do active rehab already thought $15,000 was insufficient” to stop a home from deteriorating, Cantrell said. “$15,000 was almost laughable, $12,000 becomes even more challenging, especially in a city with rising construction costs. Many of these structures, they’re not replacing the roof, they’re patching the roof … Water finds a way in.”

He said he would ballpark the cost at more like $20,000, “just thinking of the extent of damage on a lot of these roofs.”

City officials have said they are seeking non-bond dollars to complement Proposal N and increase residential neighborhood improvement funding, but have not disclosed any concrete deals.

Two major things need to happen before crews set out to do Proposal N work. The city must sell bonds to raise money to pay contractors; it expects to go to market with a first round, $175 million, on Feb. 11.

Also, Detroit City Council would need to approve the seven Detroit-headquartered companies the city chose to carry out the first $30 million in contracts. Council expects to discuss the matter in-depth in mid-February once the bond funding is available, Council Member Scott Benson said Monday during a public health and safety committee meeting.