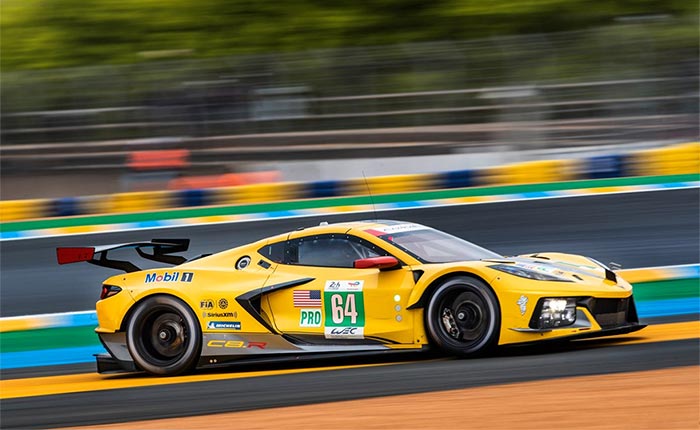 Sims set the fastest GTE Pro time of 3:54.001 (130.239 mph) behind the wheel of the No. 64 Mobil 1/SiriusXM Chevrolet Corvette C8.R during the second of two four-hour sessions. Sims led a GTE Pro category that was separated by a bit more than a half-second – an amazing development around an 8.5-mile circuit. He will drive next weekend with Tommy Milner – who was fastest in class during the morning session – and Nick Tandy. 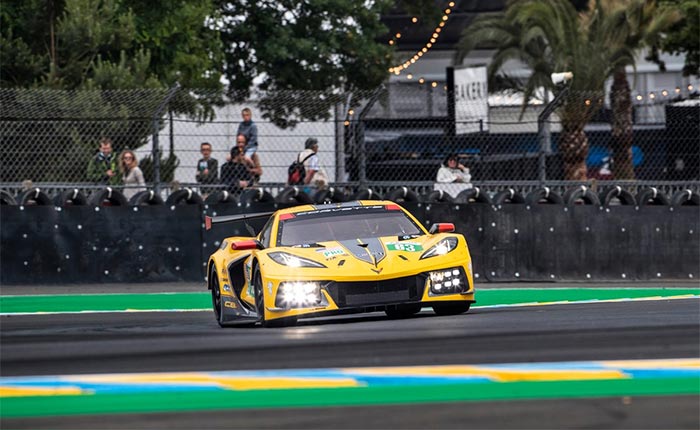 The Milner/Tandy duo are full-season teammates in the FIA World Endurance Championship, of which Le Mans will pay double points toward. They are third in the championship after two races.

Antonio Garcia was the quickest driver in the No. 63 Mobil 1/SiriusXM Corvette at 3:54.504 (129.991 mph). He, Jordan Taylor and Nicky Catsburg are racing the GTE-spec C8.R for the first time since last year’s Petit Le Mans in the IMSA WeatherTech SportsCar Championship.

The WEC Corvette has given the entire Corvette Racing team much-needed insight and data on a wide variety of items that will be key at Le Mans. Things like pit stop procedures, tire selection and performance, and racing rules will be key to the team’s outcome.

Meanwhile, the Garcia/Taylor/Catsburg trio spent Sunday relearning the GTE C8.R instead of its GT Daytona (GTD) configuration from IMSA, which features less power, an ABS system for driver assistance and a common Michelin tire that is available to all teams, as opposed the GTE Michelin that is designed specifically for the Corvette.

Corvette Racing is going for its ninth class win at Le Mans since 2001.

Corvette Racing will contest the 24 Hours of Le Mans on June 11-12 with the green flag set for 4 p.m. CET and 10 a.m. ET. MotorTrend TV will air the race live with the MotorTrend App adding coverage of official practices and qualifying on June 8-9. Live audio coverage will be available from Radio Le Mans starting with Wednesday’s first official practice session.

“It’s nice to be back at Le Mans and back in the Corvette. It was a little bit of a crazy night flying here from Formula E in Indonesia and doing a decent chunk of laps, something I wasn’t able to do last year. It was nice just to get a good feeling of the car and find my rhythm. We learned a lot about tire longevity; I was fortunate to have a couple of safety cars and slow zones to go through the Le Mans-specific rules and things that can happen in the race, so that was really useful. Things like this and getting to double-stint the tires will prove helpful, too. In general, it was a good day.”

“All in all, it was a pretty good day. A lot of work that we did in the offseason to improve the car, we felt today which was great. There were a couple of issues here and there, but they aren’t things we can’t solve. I’m happy with the progress the team has made since the offseason and the progress the team has made today. We came here with a plan of what we needed to learn about the tire here at Le Mans. It’s a new compound for us here. We accomplished what we needed to. The Corvette is quite comfortable for us, which is a nice improvement from last year. On lap-time, we seem certainly better than last year, which is good since we’ve had some power taken away. So far, so good.”

“For sure, having everything and everyone ready from doing the previous two WEC races has given us a head start. Day One here at Le Mans and things went really smooth and we got through everything we wanted to do. It’s great to have Alex back with us and to get some laps. The track looks good and it looks clean. The Corvette feels good. Things can change between now and the race, but we’ve definitely started with our best foot forward.”

“I’m pleased. I was expecting rain, a lot of red flags and all that. At the end of the day – especially compared to last year – we managed to put in a lot of laps. We did 50 laps this afternoon, which around here is plenty. There is a lot of data to see and compare to all the pre-event data we had. We will look and see what the best way is to start practice Wednesday. A lot of things have been tested, so know we need to figure out the best package for the raceweek.”

“It’s our first time back since last year, which was our first time here with this car. Obviously, since then we’ve done a lot of work in the simulator to make developments and came back with some new setup strategies, so it was nice to put these to the test in real life as opposed to the virtual world. I think we’re pretty happy with how we rolled off the truck here. The car seemed to be a bit of a step ahead of where we were last year from a balance perspective. Obviously, it’s good to get all three of us back in the car. For us on the 63 side, we’re racing a much different car in IMSA these days, so adjusting to a different tire and no ABS is definitely an adjustment. It was nice that all of us got a good amount of running today. We can come back tomorrow and Tuesday and look at some data and hit the ground running on Wednesday.”

“It was really good to get back in this spec of the C8.R. The biggest thing between here and IMSA is the lack of ABS, which I like and is nice. It requires more skill and is more of a challenge, so you do have to adjust to that. It was about a bit of that today and getting back into the rhythm of the track. I really loved it today. I always love getting back in the Corvette after a few months away. We made some improvements on the car since last year. Also doing the WEC season on the 64 side has helped. The car feels nice and is good to drive. I can’t wait for the rest of the week.” 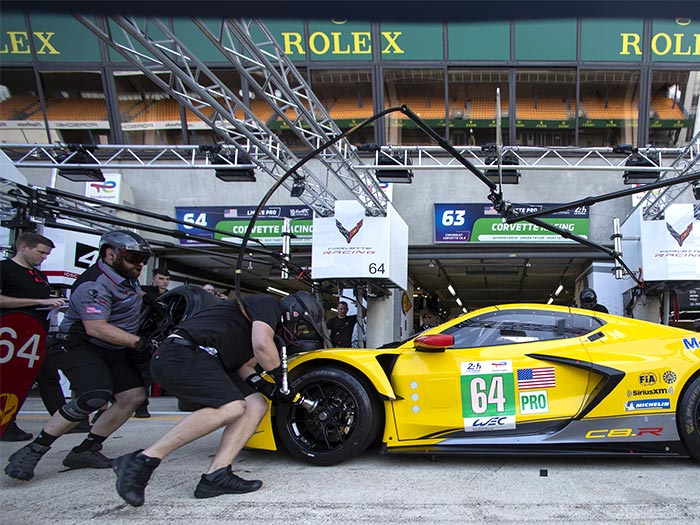 Corvette Racing at Le Mans: Winning is the Goal